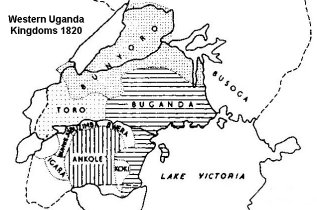 By 1752 Omukama Kamurari II was on the throne of Mpororo however he was usurped by his brother Kahaya Rutindangyezi, who seized the throne only to see the kingdom later disintegrate and split into six states, in reality little more than independent chiefdoms ruled over by his sons; one of which was Igara (officially the Kingdom of Igara ruled by the Omukama; "king"), where Ntungamo is located. It fared better than some of the other five chiefdoms following the disintegration of the Mpororo kingdom and remained strong throughout the 18th century, not least because its main potential threat, the Ankole (Nkore) kingdom, was pre-occupied with internal concerns leaving little time or capacity for outwards expansion.

Despite this, the residual Mpororo chiefdoms weren't recognised by the British, being considered too small, weak and insignificant to warrant any administrative or other interest, so the six chiefdoms that formerly comprised the Mpororo kingdom were later harvested and subsumed by the Ankole Kingdom and the rest by modern day Rwanda as part of the colonial British administration in 1901. In 1878 the ruling Omukama of Igara was told by the British to travel to Mbarara and submit to the Ankole king, however rather than face the humiliation of doing so he committed suicide by stabbing himself in the stomach. 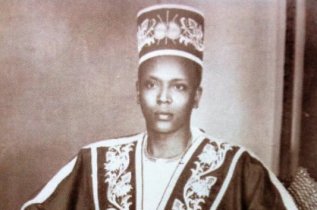 As noted previously, the Ankole kingdom then survived in ceremonial form under British then independent rule until formally abolished in 1967 by President Milton Obote. The last Omugabe (23rd) of the dynasty was Gasyonga II (1944-1967) (above) who was then forced to abdicate and the role abolished as part of the new constitution of the Republic of Uganda. After an interregnum lasting until 1993 with Gasyonga II who died in the interim in 1983, his son John Patrick Barigye was coronated as Ntare VI on 20th November 1993 however this coronation was nullified by the Ugandan government on 4th December 1993. Natare IV died on 14th October 2011 and was succeeded by his second son Charles Aryaija Rwebishengye from his second marriage who was a Social Work and Social Administration (SWASA) student of Uganda Christian University in Mukono district. As with his father, he does not rule as the kingdom was never restored by President Museveni in 1993 under the Traditional Rulers (Restitution of Assets and Properties) Statute which saw the other kingdoms that constitute modern day Uganda restored. 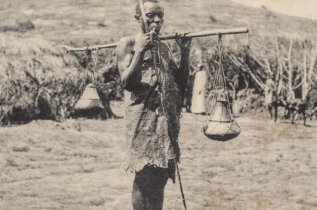 Some believe that Ankole was not because Museveni is from the area and didn't want to see two competing "rulers" not just for power but for local support although just a likely is that it was politically considered that any restoration may lead to a revival of competing Bahima (pastoralists) and Bairu (agriculturalists) caste-like historical tensions with the Bahima (believed to have originally arrived as a nomadic people from the Bahr el Ghazal area of today's South Sudan) acting as superior, symbolised by their exclusive ownership of cattle and later promoted by the visiting Europeans as such to the local Bairu who today make up a large majority of the population.

Modern day Ntumgaom was created in 1993 from the two districts of Bushenyi and Mbarara, the three counties of Kajara, Rushenyi and Ruhaama plus the part of Rwampra county which together formed the Ntungamo district boundaries. In the last decade the town of Ntungamo itself has almost doubled in population and today its probably one of the better known towns in south-west Uganda. The town and district also have some "favourite children" from Janet Keinembabazi Kataaha Museveni, the president's wife and Uganda's Minister of Education and Sports; Maj Gen Mugisha Muntu, the President of the Alliance for National Transformation (ANT),; Justice Richard Buteera who is currently a justice of High Court of Uganda and, of course, President Museveni himself who was born in Ntungamo on 15th August 1944. In 2014 a museum opened in Ntungamo district exploring the history of the area. Named the "Great Lakes Museum" (see link below) its aim is "to protect the rich heritage of the area for the benefit of the young generation and for tourism."