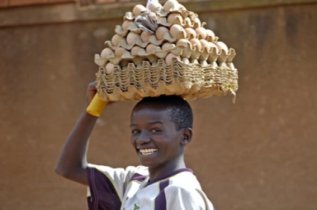 On the face of it, Western Uganda is a very conservative region with traditional values and a religious conviction deeply embedded into its very essence. We write "on the face of it" because, despite its purported religious culture, many of the locals will steal from each other (even friends) without any regard to those religious beliefs and often the villagers show little compassion to others in need. That's not to say its a "bad" community, just one whose will to survive often overshadows its more spiritual aspirations!

However that conservatism does extend to seeing women as subordinate to men and a clear expectation that all women, whether they be locals or outsiders such as volunteers or tourists, will wear appropriate dress such as ensuring skirts and shorts are at least knee length and generally take their cue from men.  Women are also advised to wear other clothes that do not reveal too much flesh! If not doing so, you may not only offend the older generation but inadvertently give out the wrong messages to local male youths many of who already believe that "western girls" are easy. Regrettably, they have much evidence that some actually are especially after a drink. Is this pandering to what called be called a sexist culture? That's your call, but this is the culture in Uganda and you are the visitor there so if it's not something you can tolerate, best not to visit. 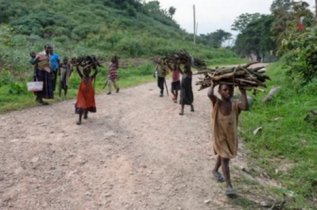 You may also be surprised how tactile people are in Uganda and, in a country where homosexuality is illegal, it's very common to see adult men walking together hand in hand in public. This is just a sign of friendship and respect, nothing more. Being friendly communities, you will often get invited into family homes. It's both courtesy (and expected) that you will remove your shoes before you do so and, having sat through the endless photo albums (one for each person in the household), you may be offered refreshments ranging from cut pineapple or mango to local porridge. If invited for a meal, a cleaning bowl with water will be shared beforehand. Even if you have just washed, you should wash your hands again in front of the others as most Ugandan food is scooped off communal plates and the others eating will want to know your hands are clean before touching the food.

If the food prepared is not to your liking ~ and it's very much steamed vegetable based ~ best to eat slowly because the moment you finish, others will stop as well believing it rude to keep eating after a guest has stopped. (As such they will insist on you having more whether you want it or not ~ so eke out what you have!) Offering to help wash or clean up afterwards will not be welcomed as this is deemed the woman who prepared the food's role ~ and not to be taken away from her. Singing and dancing are a vibrant part of Ugandan culture and most of the children in rural communities will spontaneously break into dance without much prompting. Whilst some children practice their dancing routines from a young age, most just go with the flow and whilst western teenagers may become embarrassed when asked to sing and dance, not so with Ugandan kids who will perform for nearly anyone anytime for your enjoyment. 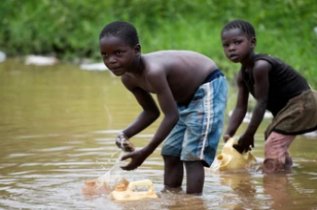 There's not much money in remote areas of Western Uganda, but the locals still know how to throw a memorable party whether it be a graduation ceremony, christening, baptism or wedding. If you are invited to such an event, we strongly recommend you attend as they are great fun with dancing processions often headed up by young girls in their Sunday best and boys wearing top hat and tails leading the dancing with their shepherd's crooks. Oh, one thing to watch out for is the interminably long speeches in local Runyankole. In Ugandan culture, there is no such thing as a short speech when a long one will do!

Finally, there are so many differences between western and Ugandan culture its impossible to cover them all here. The best advice is to watch what others are doing, then, if unsure, ask rather than assume as you may cause unintentionally offence if you assume wrongly! And please NEVER, tell people 'off' for using English incorrectly (it's their version of English) and you may do things differently where you come from, but you are not where you come from; you are a guest in their country. And when in Uganda...