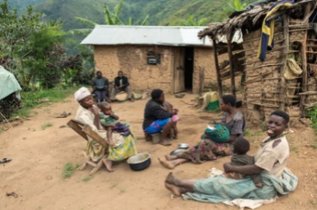 Uganda, a landlocked country in central east Africa with a population of some 45.74 million (2020), is a land of many contrasts. It is today seen as one of the top travel destinations in the world by such authoritative bodies as National Geographic and Lonely Planet making tourism growth in Uganda the fastest in Africa, yet it is still ranked just 159 out of 184 countries when ranked in terms of life expectancy (63.37 years in 2019), literacy, access to knowledge and the living standards. Born as a nation state on 9 October 1962, the former British protectorate was, up until then, defined less as an existing country rather than by not being Kenya to its east, by the then unified Sudan to its north, to its west by the Democratic Republic of the Congo, to its south-west by Rwanda and by its south by Tanzania.

It was an amalgamation of a number of different kingdoms, the largest being Buganda from which the newly emerged nation took its name however, as with so many countries in the post-independence period, the agreed constitution lasted barely five years before the executive Prime Minister, Milton Obote changed it unilaterally removing the ceremonial president and vice-president and proclaiming Uganda a republic with himself as executive President.

Obote himself was overthrown in 1971 and replaced by Idi Amin, who not only murdered hundreds of thousands of Ugandans to secure his dictatorship but forcibly removed all Indians who were the backbone of the Ugandan economy leaving the country's finances in ruins. When Tanzanian forces aided by Ugandan exiles finally invaded Uganda in 1979 to attempt his overthrow, Amin was forced into exile to be replaced yet again by Obote whose second "reign" lasted six years before he was again ousted in 1985 by General Tito Okello who himself only lasted six months before being deposed with Yoweri Kaguta Museveni, the current president who took up office on 29th January 1986 and has remained in power since that time winning all subsequent elections. 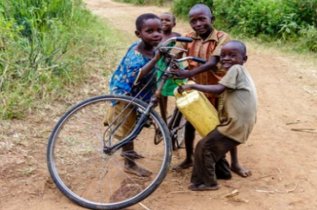 While Museveni has been widely credited both inside and outside of Uganda with bringing peace and stability to the country, albeit patchily particularly in the north and to a lesser degree the east of Uganda, many now see social and economic progress stalled and consider that as an older statesman it is now time for Museveni to move on and make way for a younger generation more in tune with the aspirations, requirements and understanding of the 21st Century. For more Uganda profile information, check out or 'Life in Uganda' and 'Culture' pages below.