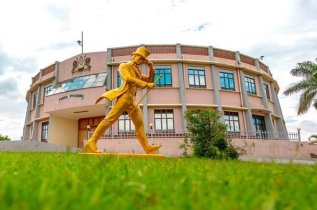 Tooro is one of the four traditional kingdoms of Uganda that was abolished in 1967 but restored in 1993. The kingdom itself was founded in 1822 after the eldest son of the Omukama of Bunyoro-Kitara, Nyamutukura Kyebambe III, rebelled against his father and departed to form his own kingdom of Tooro annexing the southern part of his father's kingdom with the border between them being the River Muziizi. When his father died 13 years later, Olimi I of Tooro rejected calls to succeed him as Omukama of Bunyoro-Kitara prefering to remain as head of the Tooro Kingdom. He was succeeded by his third son Rukirabasaija Kazana Ruhaga who ruled from 1865 - 1866 when he was murdered by his brother, Rukirabasaija Kasunga Kyebambe Nyaika, who then seized the throne by force.

Nyaika ruled until 1871 when the Kingdom of Tooro was invaded by an army from Buganda, in support of Nyaika's younger brother, Rukirabasaija Kato Rukidi. Rukidi's reign however was to be short lived as the people of Tooro rejected him not least because of Buganda's role in his succession and Nyaika was restored to the throne. Nyaika himself died the following year and following a period of short reigns by his feuding sons, the kingdom was absorbed back into the Bunyoro-Kitara Kingdom from 1880 - 1891 when its independence was restored with Rukirabasaija Daudi Kasagama Kyebambe III ascending the throne and reigning until 1928 as part of a deal with the Imperial British East Africa Company (IBEAC). 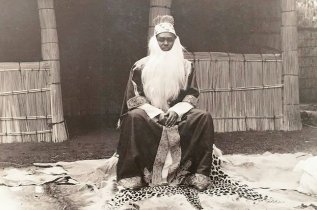 Kyebambe converted the kingdom to Christianity and was succeeded by his son Rukirabasaija Sir George David Matthew Kamurasi Rukidi III (above) who reigned until the kingdom was abolished in 1967 by Milton Obote when he declared himself president of an independent Uganda. Shortly before the kingdom was abolished, Rukidi III oversaw the building of the Tooro Royal Palace however, with the monarchy abolished, it soon fell into disrepair and ended up ransacked and ruinous following internal Ugandan wars in 1979 until then president of Libya Muammar Gadhaffi provided funds to have it restored in the first few years of the new century having established a close bond with Tooro's infant king Rukidi IV. 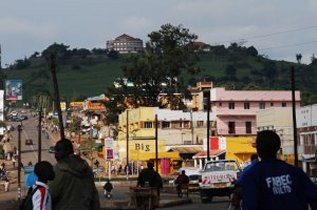 Rukidi was succeeded by his fourth son Olimi III in 1965 however when stripped of his royal title he joined the Ugandan Foreign Service, spending some time as state ambassador to Cuba. He was restored to the throne in 1993 after the traditional Ugandan Kingdoms were restored however died two years later in 1995 and was succeeded by his infant son Rukidi IV, the present day king. Today the Tooro Royal palace is seen as an integral part of the Tooro way of life and is used for state functions and well as revenue generating purposes. The Tooro Palace can be found at Karuzika Hill overlooking Fort Portal on the Fort Portal - Kasese Road (see link to the map of Fort Portal below).