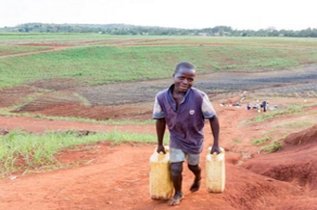 Uganda continues to be one of the poorest countries in the world with sub standard health care, high rates of malnutrition and diseases such as malaria rampant, assisted by less than half of those living in Uganda having access to safe drinking water. Around 41% of people live in poverty. Just under 50% of the population is aged 14yrs or younger and life expectancy is 63.37 years (2019). There are an estimated 1.6 million children orphaned with 800,000 of these through AIDS/HIV. Literacy rates are relatively high at 76.53% however this falls to 63.9 % for females. 18% of children never enrol at school and a further 66%, who have enrolled, drop out during their primary and secondary school years. Attendance at school is also affected by the high rates of malaria with 40% of all students being affected at any given time.

These health issues are a major concern for children in Uganda; 26,000 children under the age of five die every year die from diarrhoeal diseases and about a quarter of all children in Uganda do not have adequate food supplies for all or part of the year. As with other countries across Africa, and indeed the world, Uganda has a rising number of street children and its estimated that around 5000 children beg, scavenge, wash cars, steal or sell their bodies for daily survival. Unlike their counterparts in neighbouring Kenya, these children do not tend to sniff glue, rather bhang which is brought in from Somalia, via Moroto. It is this drug taking that the authorities account for the increase in violence in cities like Kampala.

Given the levels of poverty and lack of government investment, Uganda is fertile ground for social and infrastructure development, however much of that development is unregulated especially when it comes to young people with a plethora of children's schools, orphanages and other projects springing up ostensibly to meet the needs of children but often to meet the financial or emotional needs of adults whether they be well intentioned or to a much lesser extent with malign intentions parading under a banner of good causes. For example in parts of Uganda, notably the east of the country, apparently well-meaning adults will visit impoverished families promising that if their children attend their educational learning centres those children will receive a good education and a job in return. Hard pressed families who can see little alternative and normally with the consent of a willing child send their sons to attend these "boarding schools" only to find themselves trafficked. Once recent example of this was when forty children from the small rural village of Namatoke village in the Butaleja District of Eastern Uganda were lured to such an 'educational learning centre' operating on the Buvuma Islands of Lake Victoria only to be sent to the Democratic Republic of Congo as ADF fighters. 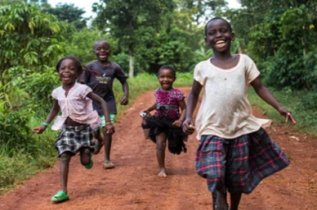 Of course this is atypical, but nevertheless in a country where the law prohibits the labour of children under 12 years of age, the latest available figures report that there are an estimated two million child labourers in Uganda with 12,000 trapped in commercial sex, 10,000 street children and 25-30,000 children abducted from the country to engage in armed conflicts elsewhere. Furthermore, the Uganda Bureau of Statistics (UBOS) claims 45% of children from households living below the poverty line are forced out of school to work and supplement their parents' incomes, with children aged between 5 and 17 years the worst at risk.

Many children in Uganda are also abandoned by their families, often when a new mother or father enters and existing family unit normally on the exit of an existing parent, and they end up on the streets or are rounded up in custody with the most common offence for a child to be charged with and detained for is "defilement" with defilement in Uganda being an offence against morality defined as sexual activity with a girl under the age of 18 with 18 being the age for sexual consent. You can help when you volunteer in Uganda or sponsor a child there using the links below.