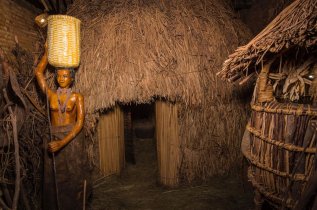 When exploring the history of Kabale it should be noted that modern day nation states such as Uganda, Rwanda, DRC and Tanzania are historically areas defined by their people and clans rather than the imposed and often arbitrary boundaries forced on the area by white Europeans during and after the 1884-1885 Conference of Berlin. Even today many of the people from this area see themselves as part of a wider east African community than citizens of post colonial states. Kabale itself means "a small stone" and was so named after a piece of local iron that was so heavy that people visited from far and wide to see and handle it. The town is located within an area inhabited mainly by the Bakiga (people of the highlands, above) of Rukiga (highlands), the Bahororo of Rujumbura and the Banyarwanda people of Bufumbria, home to the volcanic Muhavura Mountains and Bwindi National Forest.

Modern day Kabale was formerly part of Empire of Kitara that straddled the great lakes area of Africa until it was broken up and superseded by smaller kingdoms during the 16th century. By 1650 the Mpororo Kingdom had been established in the area encompassing present-day northern Rwanda and Western Uganda ~ mostly the present-day Kabale and Ntungamo Districts. However, within a hundred years, this kingdom had fractured and whilst parts were absorbed into the more northern Nkore kingdom, what was to become the Kabale area was then nominally ruled by the Batutsi of Rwanda although, in reality, the fiercely independent nature of the locals made them subject to no-one, and, as such, they operated largely autonomously and untroubled by the encroaching outside world. (Research from the 1930s concluded that the people were "united only in their disunity" whilst a contemporaneous Anglican missionary wrote in May 1921 "They have no King and everyone seems to do just as he pleases" whilst the British Western Province Annual Report of 1913-14 concluded "discipline and obedience among themselves are to them unknown quantities.") 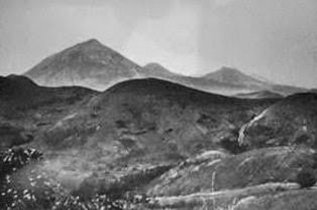 By the time the Europeans arrived in the region in the late nineteenth century, the area was little more than a chiefdom ruled over by a Omukama as part of the former Mporora Kingdom. The British, Germans and Belgians all attempted to establish hegemony over the area but each was unable to establish a viable boundary not least because of the topography of the area ~ making it known as the Switzerland of East Africa given its mountainous terrain (above) ~ rising from 3,000ft above sea level at Lake Edward to 13,500 feet above sea level in the far south-west. Indeed when the first British political officer toured the area in 1910 he reported that the country was "a mass of broken hills" making the workload for his porters "very arduous." In fact it took him five days to walk from one end of the highlands to the other. Eventually the British were to gain the upper hand over their colonial rivals, albeit it largely ignored by the locals although occasionally insurrections erupted when the colonials attempted to impose their unwanted administrative will over the independent local population. 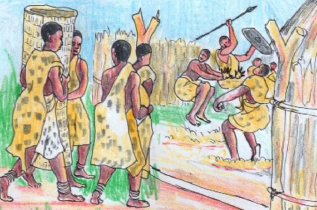 Around the turn of the nineteenth century the British began to subsume the Kingdoms of Buganda, Nkore and others into a protectorate rather than colony, and, as such, the six chiefdoms that had emerged from the broken Mporora kingdom including the Rukiga were considered too small to deal with separately so an instruction went out that they were to subjugate themselves to the rulers of the Nkore Kingdom which later became subject to the Ankole Agreement of 1901. With that present day Kabale became a town within the new country of Uganda, albeit a country that was little more than an area defined by not being one of its neighbours. Despite this, the British and other Europeans had very little actual physical presence in the area. Indeed by 1931, a full thirty years after the Ankole Agreement was signed and implemented, in the Kabale area there were just thirty-three resident white Europeans, eighty-six Indians and six Arabs compared with a local indigenous population of just under a quarter of a million people.