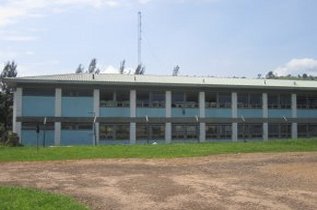 Built between 1964-1968 with funds from the World Bank, Itojo Hospital today is somewhat run down despite attempts to improve its condition, notably the Egyptian government who have not only donated cash for renovations but have also provided specialist medical officers. The hospital, with a catchment area covering large swathes of Ntungamo district, is constantly under stress seeing more than 500 inpatients and 300 outpatients daily despite being built with just a 100-bed capacity. To run as planned, Itojo Hospital requires 198 staff but there are only around 140 employed, mostly support staff, and just four doctors out of the needed fifteen. With such bed and staffing shortfalls, many seeking medical attention are forced to wait or sleep on the floors of the crowded wards waiting for care from the overstretched medical staff meaning that patients frequently die before even being seen by a doctor.

The hospital is the only facility where surgery can be performed in the area and it is also the centre to which the 47 health units in the district refer when treatment is beyond their means. More complicated cases are referred to Mbarara Regional Referral Hospital, located 36 miles away. Itojo faces other challenges such as an X-Ray machine that hasn't worked for years and an accumulated unpaid electricity bill of some 42,000UK (although that's still just 10% of the money embezzled from the hospital in 2012 by its then medical superintendent from funds meant to support cervical cancer surgeries in Ntungamo district.